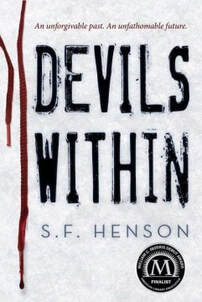 Raised in a white supremacist compound where he was honored for his acts of violence before killing his own father, 14-year-old Nate is placed in the custody of his uncle and starts over with a new identity before forging an unexpected bond with a kind boy he was taught to hate. A first novel. 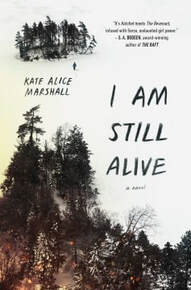 Stranded in the woods with few supplies and survival skills, a disabled girl and her dog fervently prepare for the coming winter while evaluating how her mother's death, a dysfunctional foster-care system and her survivalist father led to her predicament. ​
all over the world with all types of people. And as Vicurious's online followers multiply, Vicky realizes she can make a whole life for herself without ever leaving her bedroom. But the more followers she finds online, the clearer it becomes that there are a lot of people out there who feel like her - #alone and #ignored in real life. To help them, and herself, Vicky must find the courage to face her fear of being "seen," because only then can she stop living vicariously and truly bring the magic of Vicurious to life. 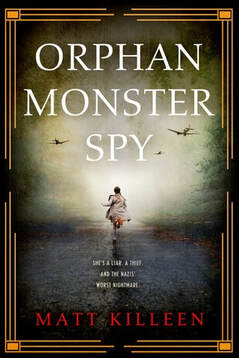 After her mother is shot at a checkpoint, fifteen-year-old Sarah finds herself on the run from the Nazis in Third Reich-ruled Germany. While trying to escape, Sarah meets a mysterious man with an ambiguous accent, a suspiciously bare apartment, and a lockbox full of weapons. He's part of the secret resistance against the Reich, and he needs her help.
Sarah is to hide in plain sight at a boarding school for the daughters of top Nazi brass, posing as one of them. She must befriend the daughter of a key scientist to gain access to the blueprints for a bomb that could destroy the cities of Western Europe, and steal them.
Sarah may look like the rest of the girls, innocent, blonde-haired, and young, but she refuses to become one of the monsters she's surrounded by. She's a brilliant con artist, convincing them she's one of them even as she lives in terror of being found out. And she's determined to get her revenge on them all. 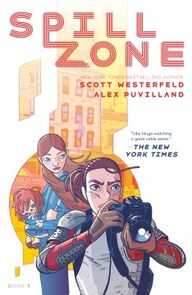 Three years ago an event destroyed the small city of Poughkeepsie, forever changing reality within its borders. Uncanny manifestations and lethal dangers now await anyone who enters the Spill Zone.
The Spill claimed Addison's parents and scarred her little sister, Lexa, who hasn't spoken since. Addison provides for her sister by photographing the Zone's twisted attractions on illicit midnight rides. Art collectors pay top dollar for these bizarre images, but getting close enough for the perfect shot can mean death-or worse.
When an eccentric collector makes a million-dollar offer, Addison breaks her own hard-learned rules of survival and ventures farther than she has ever dared. Within the Spill Zone, Hell awaits-and it seems to be calling Addison's name.
Like many locals, seventeen-year-old Penny Talbot has accepted the fate of the town. But this year, on the eve of the sisters’ return, a boy named Bo Carter arrives; unaware of the danger he has just stumbled into.

Mistrust and lies spread quickly through the salty, rain-soaked streets. The townspeople turn against one another. Penny and Bo suspect each other of hiding secrets. And death comes swiftly to those who cannot resist the call of the sisters.

But only Penny sees what others cannot. And she will be forced to choose: save Bo, or save herself.